The last 24 hours or more I have been on WordPress. A template part has been made. In the evening, and night I participated in WordPress Slack. Today the categories were organized in the entire site.

In Web Developer 258:50 pp. there’s a lovely tutorial on a watercolorlike animation for a web page. I just had to try it out. Here’s the result ( as allways it’s a rough draft, but it was fun to make it ). Functions.php needed a few additional scripts. The partial held the markup, and the javascript. Now the Aquarelle partial may be used on a costum page or similar.

In the evening I participated in two Slack sessions. The first one was the theme review group. Nine or ten active developers participated during the one hour long session. A question was asked:

A heated debate followed. There were utterances, somewhat like:

More than often there was no argumentation at all, at least from a philosophical point of view. Hating a phenomena is a pathetic argument. Literally speaking! After a while I could see, that these theme reviewers had a point.

Who knows what kind of stuff such iframes link to?

The iframe is not allowed if you want to publish a WordPress theme on the WP repos. So the debate was perhaps just for the hell of it. In the end there was a referendum. Should WP whitelist some urls, like YouTube. The answer was no.

I entered the group because a point on the agenda was a mentor solution for new theme reviewers.

An hour later or so the training group met. The climate was very cosy. The participants suggested new learning modules. Talked about the intended target group: not students but teachers.

I suggested a module on Coding Best Practises. And guess what. I became the first editor. One of the sysops made me editor on the spot. And so the module will come to life wery soon.

Later on one of the group officials helped med to activate an editor account. Now I can edit the text(s). And even look foreward to give some help here and there, if I can. I felt at home and among human beings. So training was a very good experience. 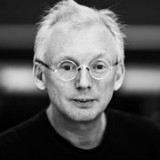